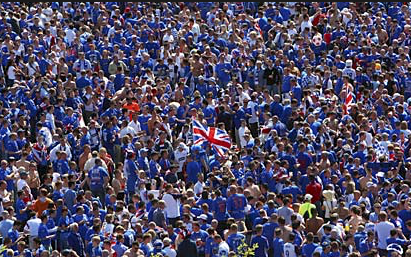 One of my most treasured possessions is a copy of “Cox’s” – a book more formally known as “Practice and Procedure In The Church of Scotland.”  It was my dad’s, he was an elder in the Kirk.  In my mind’s eye I can still see him now making a note from it, before heading off to a Kirk Session or Congregational Board meeting where something or other was to come up and he was keeping himself right.  “Rules are the working man’s only protection, son.” 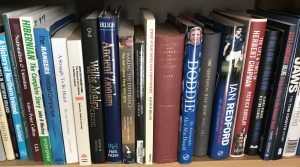 When organisations are young they, as corporate entities, and individuals within them, make mistakes.  They mature over time and develop rules to cope with umpteen eventualities, accommodate change and learn from experience.  Hence, Cox’s is over 800 pages long – it’s the distilled wisdom of 400+ years of Presbyterian witness.

It regulated the Kirk – making change slow but subjecting developments to the checks and balances necessary to run a serious organisation.

On Rangers forums and social media outlets there’s a phrase which makes my flesh crawl – “We cannot agree on the colour of dogshite.”  It’s become the morons mantra every time there’s a difference of option, a fall-out in a fans group or a resignation.   Some of us can’t wait to don the sackcloth and ashes.  Woe is us!

The first to throw in the towel were never likely to stay the course, the least likely to put in the work.  They revel in imagining themselves to be somehow morally superior beings who won’t be sullied by actually having to rub shoulders with others who may dare to question their rectitude.

But here’s the good news – most members don’t reach for the nuclear button.   Resignations from the rank and file are rare however much hot air is generated on the internet.  It certainly can have a demoralising effect on those more closely involved, but in most organisations those in leadership positions have the intellectual wherewithal and moral fortitude to see the bigger picture and grind on doing all the unrewarded, unseen and unsung work that voluntary organisations rely on.

There’s even more good news – political parties, trade unions, churches, benevolent and fraternal organisations are full of people with different views, some of whom don’t like one another.  But because they have the experience of decades behind them they are able to cope with resignations, splits and other crises.  It’s how the world is.

There is a solution – instead of having a hairy fit, retain a sense of perspective.  Concentrate on the principles and the long-term aims – vote for candidates with a programme of action that makes sense.  Without joint action as fans our voices will never be heard.   Lord Carson’s famous quote rings down the years – “Victory comes to those who are organised and united.”

And the réalité is that most fans are united – not in every particular – but in support for the general direction the club is taking.    During the fight against the Spivs all the fans groups and social media outlets that mattered and with the stomach for a fight supported the Union Of Fans.   It worked pretty well.

Club 1872 has had a rumbustious year or two – but it’s achievements have been many, it’s potential is vast – it has rules, oversight, accounts, etc.  Make it better if you can – join it and work within it.

For the ordinary Bear and Bearette in the street coming together is our only protection – its the only way to ensure our voices are heard.