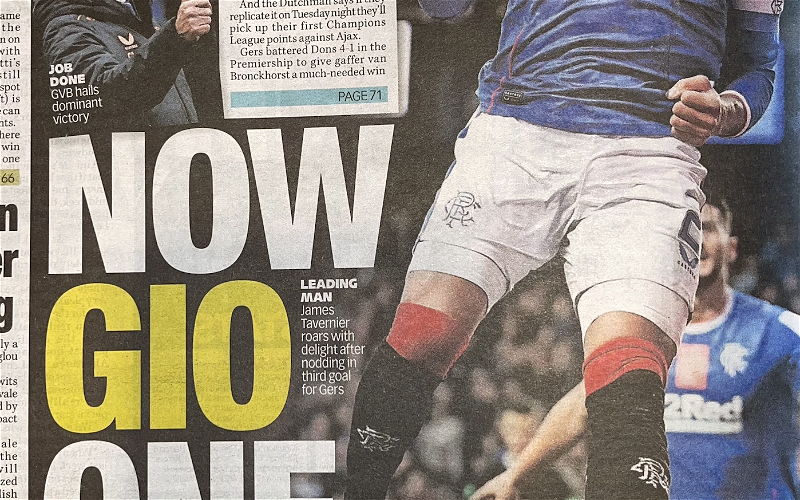 Rangers returned the winning ways in the Scottish Premiership with a comfortable 4-1 win over Aberdeen at Ibrox to ease the pressure on Giovanni van Bronkhorst.

Fashion Sakala and Antonio Colak replaced Scott Wright and Alfredo Morelos respectively as Giovanni van Bronckhorst made two changes from the side that was defeated 3-0 in Naples.

Rangers started the brightest and should have been ahead after just five minutes when Sakala put the ball agonisingly over the bar after a cross from Ryan Kent.

Ridvan Yilmaz was probably the only positive from the defeat in Naples and he sadly had to come off injured shortly after to be replaced by Borna Barisic – does anything sum up Rangers more at the moment?

The run of bad luck was to continue as the visitors took the lead in the 21st minute after poor defending from Leon King allowed the ball to drop to Connor Barron who fired the ball high into the roof of the net.

Their joy was short lived as 6 minutes later Antonio Colak scored again to equalise after good work from Tillman allowed him to coolly square the ball to the Croatian who fired past Roos for his 10th league goal of the season.

Rangers responded in a high tempo and Sakala again squandered a glorious chance as Antonio Colak slipped him through on goal, but the Zambian striker took too many touches and allowed Roos to make a comfortable save.

The pressure finally paid off on the stroke of half time as a scramble in the box allowed the ball to break to John Lundstram to score his second goal in as many league games to give Rangers a deserved first half lead.

Scott Arfield replaced Ben Davies at half time as Rangers looked to add to their lead but Aberdeen nealy scored almost straight away as Duk put a header over the bar, showing to Rangers that they were still in a game.

That didn’t last for long after a great ball in from Borna Barisic was met by the captain James Tavernier at the back post to head it in to make it 3-1 and you can only hope that this goal can spark a return to form for Tavernier.

VAR was shown to work correctly as Rangers were given a penalty after a clear handball from Richardson, referee Nick Walsh gave the decision after initially ruling it out, however Tavernier hit the post and the score remained 3-1.

Despite scoring, Antonio Colak seemed to be carrying some sort of an injury, limping about for much of the second period and was replaced by Alfredo Morelos with ten minutes to go.

The Colombia almost got in on the act instantly as Sakala slipped him through and he calmly slotted it past Roos however after a quick VAR check was adjudged to have been offside.

He wasn’t do be denied a second time however, as shortly after he tapped in from a Fashion Sakala cross to make it 4-1 and put the gloss on an excellent performance that could’ve been a lot more had chances been taken.

Up next is the last Champions League tie of the campaign against Ajax Amsterdam on Tuesday in which Rangers will be looking to restore some pride to a disappointing campaign. 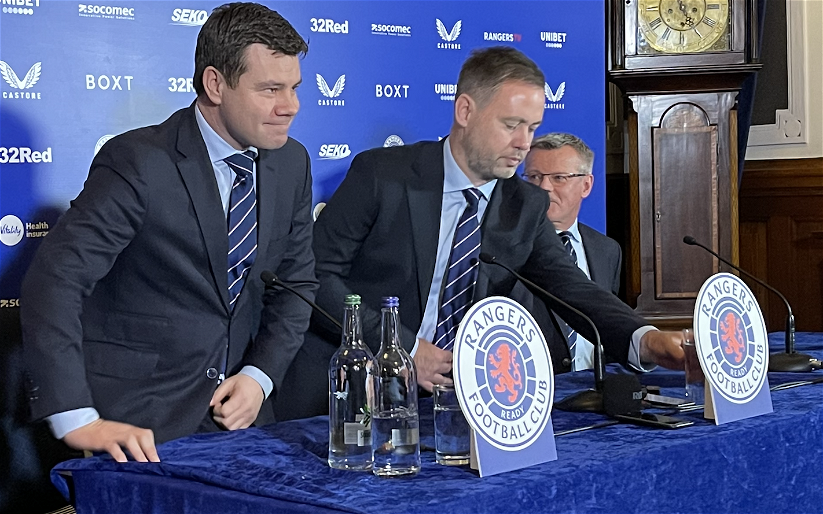