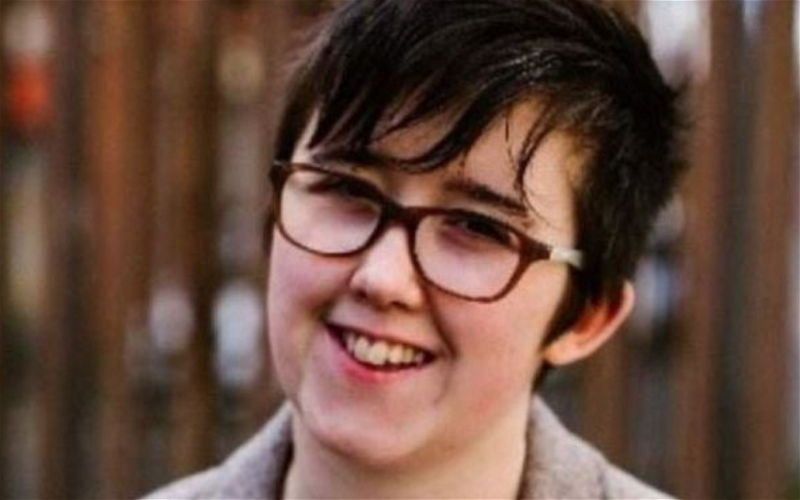 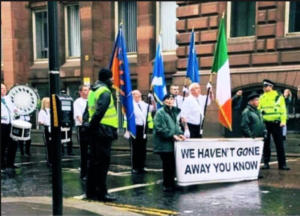 Immediately behind that banner was another – expressing support for the Saoradh party which is the political wing of the New IRA .  The previous week the New IRA had murdered young journalist Lyra McKee in Londonderry.   Strutting like peacocks the New IRA supporters  literally danced over Lyra McKee’s grave as they sauntered through the streets of Glasgow. 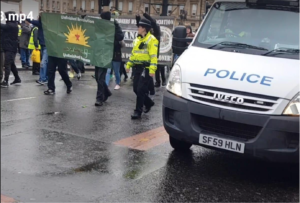 On Sunday and Monday I bought the five Herald Group newspapers – Sunday National, Herald on Sunday, Evening Times, The Herald and The National.  Five papers.  Not one of them contained a word about the march let alone any condemnation.  Their journalistic colleague barely cold in the earth – and they said nothing.

Last week a few of the Herald Group journalists actually attended a memorial meeting in Buchanan Street as Lyra was laid to rest.   Where was their courage – or that of their editors – on Saturday?  Or Sunday?  Or Monday?

Were all their tears crocodilian?` 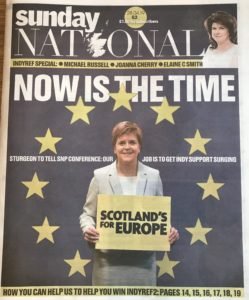 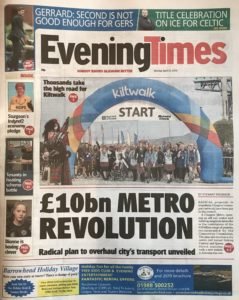 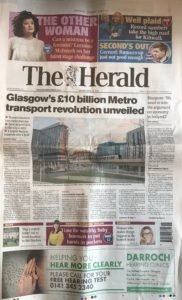 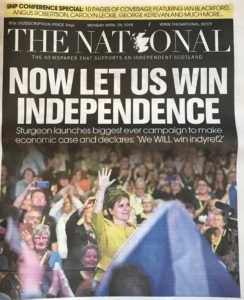 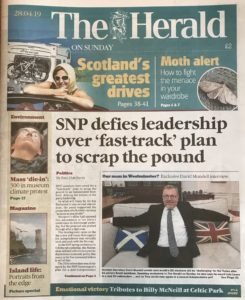 Compare and contrast the Herald Group’s attitude to supporters of murder and their relentless campaign against Orange marches.

The Evening Times has maintained a bombardment of anti-Orange articles this year that no other Scottish news outlet has come anywhere near matching.  At one point it was 11 articles in 14 weeks, and there have been more since.   It’s an absolute obsession.

This anti-Protestant obsession is fuelled by the republican front organisation Call It Out whose research, such as it is, is published verbatim by the Times.  The list of streets in this article is a classic example – https://www.eveningtimes.co.uk/news/17568123.all-glasgow-streets-set-to-host-an-orange-walk-this-july/

They know full well the identity and background of the IRA supporters and deranged anti-Protestant bigots who run Call It Out – yet they have never once shared that information with their readers.

The Evening Times also seeks to maximise the effect of it’s anti-Protestant articles by publishing them on it’s website and the waiting a few days and republishing them, not just on its social media accounts – but also on those of sister papers in the Herald Group.  It also duplicates the same article in its other papers.   It doesn’t do this with other organisations.

Note that they deliberately call Orange, ABOD and Black parades “anti-Catholic marches.”   This is intended to demonise.  The Orange Order is a positively Protestant institution. Why are they so anxious to slander rather than discuss what the parades actually do celebrate?

What must the advertisers think?

If you’re an advertiser with the Herald Group you are funding hate – let’s be clear about this.  There is no balance in their coverage.   It’s not comparing like with like.   For all its problems the Orange Order simply can’t be compared with active supporters of paramilitary groups.

In any case – the free reign given to a bigoted campaign in their pages for months has not been matched by similar coverage exposing the views and activities of anti-Protestant groups or individual bigots.

Think about that next time they call asking you to renew your advertising.