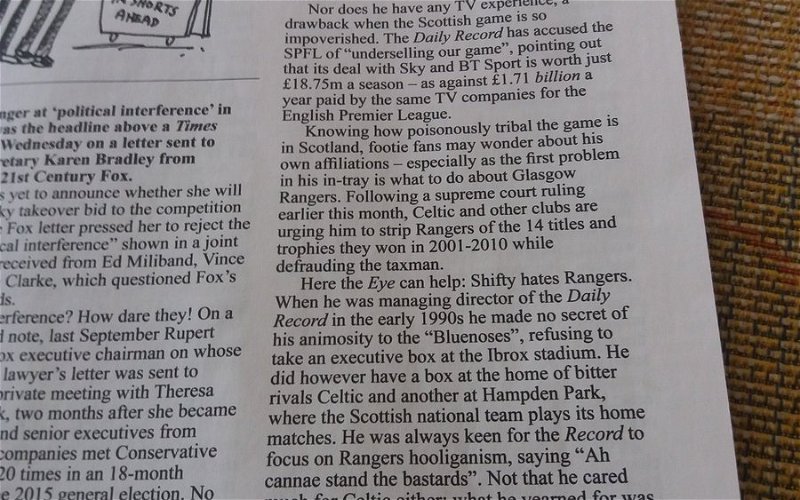 When someone is elected or appointed to high office in a sporting organisation it’s normal these days for them to do a press conference – to introduce themselves to the media and by extension the fans – you know, the people who ultimately fund the game.

Could it be that he and his advisors are afraid to be on camera to be asked what must surely be the first question on the lips of every impartial reporter – “are the allegations in Private Eye true?”

Whilst we wait for the press boys to get the summons to Hampden for that somewhat belated press conference, let’s also consider the question of why articles about Mr MacLennan are being removed from various sources across the internet.

A poster on FollowFollow.com kindly provided these examples:-

He is the patron of Gallowgate Families Support Group, this was on every self promoting article until just weeks ago and now every trace removed online.

He has also had his Glasgow Uni profile taken down.

Such removals don’t “just happen” – they have to be organised and requested.  It would be interesting to know if this was being done at the personal request of Mr MacLennan or by the SPFL themselves.