Walking on Sunshine – Oh, What A Day! 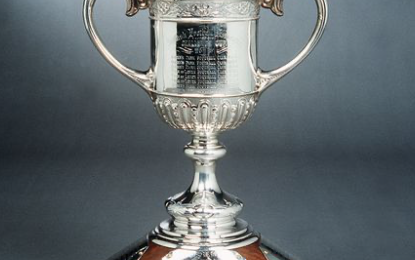 What a Sunday yesterday was.  Although I wasn’t exactly brimming with confidence as I boarded the train for the second stage of my journey to Glasgow, I had a calmness about me that I considered strange prior to my normal anticipation of an ‘Old Firm’ fixture.

To throw a dash of surrealism into my pre-match proceedings, I stopped off at Queens’s Park on my walk from Queen’s Street to Hampden for a picnic by the pond, just off Pollockshaws Road.  Nobody was with me; I was a bird alone.  More calmness prevailed as I watched a woman feed the ducks and pigeons.  Further over, I noticed some swans around the environment too.  Seagulls – no offence to Brighton fans – don’t count as I resent their scavenging antics.  People were out for a leisurely Easter Sunday stroll with their kids and dogs while I was tucking into some sandwiches washed down with a bottle of mineral water.  These days, walking and enjoying the great outdoors does more for me than being holed-up in clubs and pubs.  And so long as I’m physically able, this will remain the case.  An hour or so later, the contrast couldn’t have been greater…

Bedlam and pyrotechnics preceded action on the pitch at the so-called National Stadium.  And shortly after falling a goal behind following a goalless first-half, I couldn’t see us scoring though I had a hunch we were going to win.   Fate.  Was it?  I don’t know.  Glad it came to fruition though because seeing the other mhob going for another treble would’ve been difficult to stomach.  Coming home after the game, I was elated, relieved and exhausted in equal measure.  Today, I’m walking on sunshine.

The question now has to be, can we go one step further than we did exactly six years ago and beat our final opponents to win this competition?

As part of the Club’s 150th year celebrations, I’d like to think so.  On the other hand, Robbie Neilson and Hearts, I think, would’ve wished Rangers to be final opponents in preference to the other mhob, who’ve beaten Hearts in two successive Scottish Cup finals in 2019 and 2020 (just).

Sunday’s extraordinary Rangers’ effort aside, Heart of Midlothian is the only team to have suffered defeat to Rangers at Hampden during the past six years.  If our thirteen year wait goes on much longer, it’ll start to resemble the drought we endured between 1903 and 1928.

So, on Saturday 21 May 2022, I hope to be returning to Hampden, match ticket permitting, to witness a trophy annexation, which I believe is long overdue.  But, of course, Hearts supporters will incubate similar thoughts, hoping it will be third time lucky for them.  Rangers must be ‘ready’ and play as if their lives depend on it.

C’mon The Rangers:  Win and deliver what we crave!