Bayer04 coach: My players are up for it! 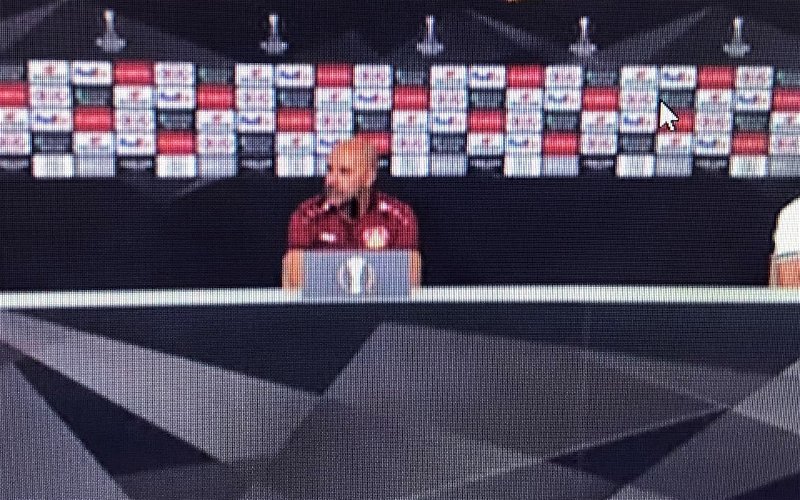 TheKoelsch writing for us from Leverkusen.

Questioned about the readiness of his players after a long spell without competitive games, Peter Bosz, the Bayer04 manager said that his players are fit and desperate to go.

In today’s press conference Peter Bosz then dismissed any claims of laziness because of the 3:1 advantage his team enjoys from the first leg. “Rangers showed some very good prep-game results against difficult teams so we are very much aware that this is far from being over” he said.

Without Corona thousands of Rangers fans would already party in the Old Town district of nearby Cologne and would definitely raise the roof in the Bayer arena again. Many can still remember the No. 1 Platoon in full voice during our win years ago. Including the party afterwards.

This time it will be all different, so I asked Peter Bosz how he feels about playing in an empty stadium.  “We cherished the great atmosphere when playing at Ibrox, that was really great and is something everybody misses, but we had a few Bundesliga games without fans and now know the feeling”.

Asked if playing without the psychological effects of a capacity crowd will somehow affect his game plan he said that this will have no real influence on his tactics. I guess it is fair to say that we know better! Think about our European nights at Ibrox and the odd OF game, too, we know that a good old sing along can make a difference. Too bad we can’t do that tomorrow.

Leverkusen will be without a few good players due to injury, yellow cards and corona quarantine but have unfortunately shown their good quality over the last games.  So I guess there is a 50/50 chance for the Boys in Royal Blue.

If we can use our current greater match experience early in the game, who knows what might happen. Our European dream is far from over. Come on the Gers!