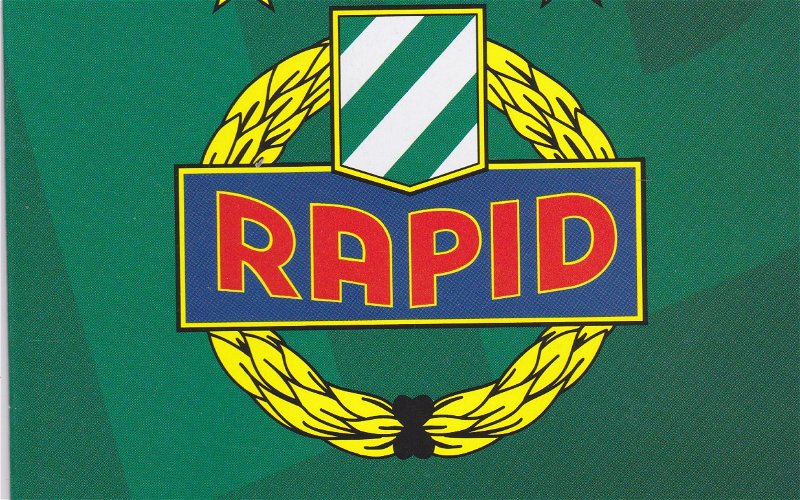 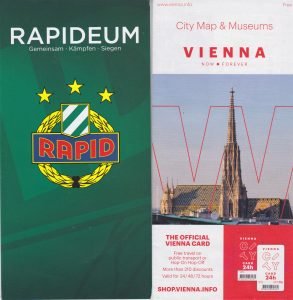 When Rapid Vienna developed their new stadium major thought was given to preserving and promoting their heritage.  The result was The Rapideum.

It’s a modern sort of museum housed under the offices of the club and accessed through their club shop.

If you are visiting Vienna this week please note that the Rapideum is open from Monday to Saturday from 10 to 18 o’clock.   Match day is not the best day to visit it as it can be very busy and it deserves a bit of time to go around.

Rapid fans have a fantastic sense of their own history – so much so that the new stadium was built in consultation with them to honour their old heroes and to create an environment where the unique culture of the club can flourish. 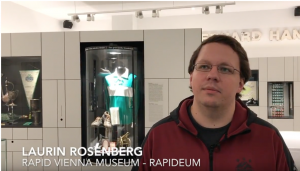 I was over in October and filmed a short tour I was given for The Gers TV, check it out – https://www.youtube.com/watch?v=VPpHjNqtPME&t=401s

There are a couple of items of particular interest to Bears – a couple of great pictures from the crowd from when we played Rapid in the 60s. 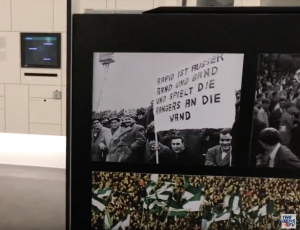 The game they had to have replayed against Celtic because of crowd violence in the 80s still looms large in their culture.  Despite Austria being an overwhelmingly nominal Catholic country four out of the five capos of their fan groups are Rangers fans due to the legacy of that match! 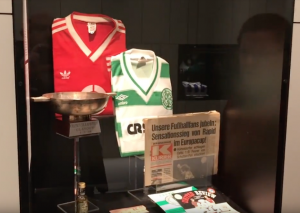 Over the years Rangers fans have campaigned for a museum – certainly for at least 30 years.   The story is told that a million pounds earmarked for one was spent on the signing of Richard Gough.   I’m not sure I fully believe that story – if there was to have been a David Murray Museum it would have been built back then!

I’m of the view that we should only build one if it’s done properly – the success of the Hamburg and Rapid club museums show it can be done.