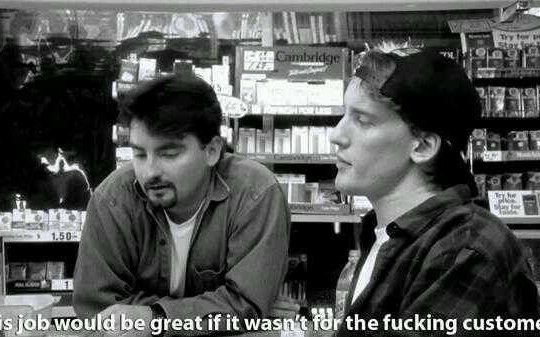 I’m as much of a sucker for nostalgia as any other basic white male, but I’ve been having a hard time of it of late on an existential level with these ‘thirty years ago’ stories about 1991.

Not that it was a bad year: we won one of the most exciting direct last-day title deciders; I went to my first musical festivals (that plural is important); and I (oh, actually that’s not relevant to the story, so let’s move on).

Anyway, that year saw the release of some classic rock albums, from Metallica to Pearl Jam, via Nirvana, REM, Soundgarden and so on – heck, Guns N’ Roses brought out two albums in one year, in hindsight one of the more amusing work-rate drop offs in musical history.

And if you wanted to see many of those bands (or countless others) in person there was a decent chance that you could make it happen if you were old enough to get in and were willing to physically go and stand in a queue: Much like the experience outside Ibrox, standing in line for cup tickets, and then later in the decade (if we were lucky) actual packages for the Champions League.

I even recall sending off via post for certain gigs. And marvelling at how that could be a thing. Why, how convenient.

At the present moment, there are somewhere in the region of 45,000 season ticket holders, 30,000 MyGers members, and somewhere in the mid hundred supporters’ clubs worldwide. The away game experience has for years, through one guise or another both home and abroad, largely been defined by either your relationship with one of those RSCs or your willingness to sign up for a travel club or similar.

Indeed, membership or affiliation of one form of another – from brake clubs, through RSCs, to associations, or the peak (the Teddy Bears club) – has been part and parcel of the supporters’ experience for as long as we’ve complained about them and the club.

But if you can’t detect a tipping point then you’re not paying attention.

By the mid-1990s the first real technology giants had begun to make their mark on live music. Monopolies had long been integral to the touring system (see Bill Graham v Led Zeppelin) but by 1994 one band, at the time America’s most popular, decided to try a novel idea: an $18 ticket for Pearl Jam’s upcoming US tour was intended to cost the fan (the consumer) the face value plus a clearly defined service fee, as they then attempted to bypass venues entangled with ticketing behemoth Ticketmaster. It didn’t work.

Just yesterday there were reports in the media detailing the (fanciful?) plans for a reformation of the current law as it stands regarding the resale market of tickets; in the generation or so since those mid 1990s we’ve normalised a situation where not only is it virtually impossible to beat the bots to tickets but the secondary market – whereby Ticketmaster and others own and operate websites that can facilitate the sale of tickets you couldn’t buy in the first place but are now available at the price point that the market can sustain – is now of a higher legitimate value than the primary, and all this with (at the very least) the tacit approval of the major venues and bands.

However you wish to express the figures involved it’s clear that MyGers has been a success for Rangers, with a membership bounty edging over the £1m mark. Season ticket sales, a sell-out for the sixth successive year, will be worth a gross figure in advance of £17m based on last year’s figures. The ticket operations manager at Ibrox (and their immediate superior) is thus at least nominally in charge of an enterprise that deals with a customer base comprising tens of thousands and an income stream generating an annual sum running into the tens of millions.

This is not a fan club, where you write off to your favourites and get back a nice eraser, signed picture, and a regular newsletter filled with guff and nonsense. And that gives you a clue as to what MyGers is pointing you towards.

The idea here is to simplify. It is to eliminate the difficulties. And as a result, this is going to change not only the way that tickets are distributed, but also to whom they are distributed.

It seems fundamental to the system that certain people cannot easily advance; how, for example, in MyGers does a kid in bronze reasonably catch up to their mother or father in Silver or Gold, and how in the present system can you reasonably accommodate a situation where you have to enter a timed random ticket event and chance your luck but have no way of knowing for sure that your snotty-nosed angel or beloved spouse or even barely-tolerated sibling is going to be successful.

The answer is that you cannot, and the reason is that Rangers do not want you to.  A traditional ballot within each tier would seem both to be sensible and indeed fairer (we’ll get back to that word in a moment) but that then leaves the possibility of this family or friend group having too few or too many tickets and thus the secondary market having to take over with the ticket perhaps ending up with someone either undefined or unworthy as far as the system is designed. Rangers, possibly not before time, have realised something very simple: these tickets are valuable, they are worth paying extra in order to have the ability to access, and the right to offer these tickets (with very limited exceptions) lies entirely within the power of the club and thus the control of who goes to represent the club is a responsibility and a privilege.

And all this of administrated by gatekeepers capable at times of making the GP secretaries at your local doctors’ practice seem like customer service legends.

RSCs have acted as a (face value) secondary ticket market for as many years as I have been going to games, often taking the hit in less glamorous circumstances but generally performing an admirable act as a middle man and godsend for the non-affiliated. Gradually over those years their power and allocations have been reduced and over-complicated, to the point this week where many clubs planning for the longest domestic league trip of the season still had no idea what was happening with less than a week to prepare. Finally, they got a ticket here and another there. How in these circumstances you manage to consistently and successfully run buses, even with co-operation and patience, is quite beyond me. Maybe, the thought goes, it would be easier for the centralisation principle to extend to a club-run system where not only the tickets but the transport to and from away games is an in-house arrangement. Fanciful? Well…

It’s not as if you have to look very far to discover football clubs with simple and effective supporters’ membership schemes. Chelsea and Manchester United have precise, clear details regarding tiers, prices, and availability, while the Spurs version is what MyGers should look like. Ah, but they’re cash-rich clubs, I hear you say. And I point you back to the reality that our ticketing operation is an eight-figure consideration, and – to take nothing away from those clubs with their admirable exploitation of membership of the most popular TV show in the world – the size of our away support is generally more significant.

But the key word there is simple: whoever is responsible for the wording of the recent fan-blaming email and the Byzantine choose-your-own-worst-adventure feel of recent communications should not be in that position. It has never been the case that access to every favourable (away) ticket has been fair – you cannot have hospitality benefits, or players’ friends or family, or (redacted for purposes of retaining media partner status) without accusations of favouritism –but neither should the process be so deliberately opaque.

And what should be one of the most obvious solutions to this disquiet is in fact its biggest problem: an effective fans’ group or impressive fan representation. This is not a coincidence. The time to make the case for improvements is from a position of strength and I think we can all agree that – compared to any point you’d like to pick in recent times – there’s a bit of a problem in that regard. Likewise, the Rangers Supporters’ Liaison Officer is a post that could work well in a system where it was intended to be anything other than a target to take the blame and obscure the problem. You could not pay me enough to do that job as presently constituted and I’m sure even the present incumbent must regret his emotional attachment.

Interestingly enough, many of the bands in that 1991 playlist continue to have thriving membership schemes and fan clubs, numbering in Pearl Jam’s case upwards of 80,000 members at various levels of commitment (up to $40 per year), but all with a fair chance of accessing advance tickets and those within that scheme notably rewarded for their loyalty over the years.  Those bands continue to prosper in a world where live music is the main way to make money – and often the only way to maintain a profile – largely because they know the line between protecting their key base and manipulating the market.

It doesn’t always follow that things when simpler were better but as technology has taken hold on how we conduct every aspect of our daily lives it is sobering to note quite how limited our role has become. Rangers fans as consumers and customers (in my case a MyGers Tin level season-ticket holder) are not alone in this but as a group we are in danger of being taken for a ride; as our input rises again upwards of twenty million pounds a season so our lack of organisation and ability to impact our relationship with the Club and owners and define how that relationship should work is in danger of collapse, and all this at a time where a supporters’ group is engaged in a process to enhance their level of shareholding yet finds itself mired in a controversy that won’t go away.

Whether any of this matters a jot to thousands of people in the support, far less encourages an appetite for any sort of even minimal change, remains to be seen. But the relationship between club and supporter in the digital age continues to change – and it’s not nostalgic to imagine that it doesn’t have to be quite this binary.