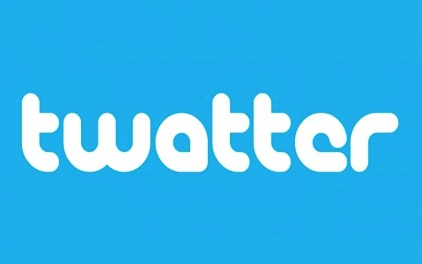 A week past on last Friday I was interviewed outside Ibrox for Sky Sports as G-Day arrived – to mark the arrival of Steven Gerrard’s first official working day.

Shortly thereafter the Twimmy Twitter Blitz arrived and over the next two days I muted and blocked over 100 of them.  They were in a frenzy claiming that I said their first team squad had cost them £70m in one year.

I purposefully haven’t checked the footage, in the context in which I spoke and the words I used (when asked about the size of the task facing Gerrard) it was perfectly clear that Celtic have an advantage over us as evidenced by the fact that in their last accounts their spending was over £70m in a single year.

Selective hearing is a fact of life and it was on this point the feeding frenzy erupted.  It was clear that most of those spewing abuse hadn’t seen the interview.

However, here are the facts, taken from Celtic’s own website and from their own accounts, prepared by accountants of their own choosing. 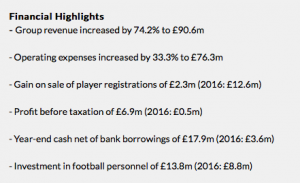 George Orwell could have written 1984 with the Celtic support in mind.  History is falsified, memories are forgotten, black is white, doublethink, etc, etc.  Amongst the abuse there were precisely three amusing tweets which raised a smile and I thought “he’s got me there.”  It’s called banter, it used to be popular in Scotland, sadly now as rare as red snow leopards.

There are Rangers fans who say why can’t we get organised like Celtic fans on social media.  I have to reply – are you for real?  Do you really want to have our club associated with the type of behaviour we see en masse every day from the Parkhead support?  It’s toe-curling.

In this case, amongst the usual racist/sectarian abuse and physical threats were these following gems, I was accused, amongst other lies, of

Being the BNP’s press officer

Of being the gay lover of a serial killer

I could go on, but you get the idea.   By repetition and force of numbers, allied to a depraved sub-culture, fantasy becomes ‘fact’ and new slanders are added daily.

An amusing feature of Twitter is the Mute option – you can leave a halfwit to rant for months on end unaware that you never see his output.

Whilst I’ve become inured to this sort of filth over the years, imagine the effect reading this and similar attacks on other people and their families will have on referees, directors of football clubs, employees of the SFA, politicians etc, etc?  The purpose of it is to install fear.

This is an updated version of an old Celtic tactic.  Twenty or thirty years ago the Celtic View, in particular, would deliver the Black Spot.  A literal green light to abuse a target.  I remember in particular one period, where both Hugh Keevins and Gerry McNee – who between them must have written a dozen books about Celtic – had offended the Parkhead hierarchy and were then labelled enemies of the club.

If they are prepared to do that to their own people who step out of line it’s easy to imagine the effect a hate campaign has on other targets – it makes them frightened to do their jobs impartially.

Social media now adds new factors – the anonymity, the volume, the rapidity – it all makes it more unpleasant and more widespread.

As Orwell predicted – the technology turns prejudice into normality, fantasies into fact, it degrades the quality of debate, in fact it kills debate and it makes the deplorable commonplace.

It can be difficult not to be sucked into the whirlwind.  I responded to one particularly atrocious tweet by giving the poster a bit of a mouthful in return.  Cue another Celtic fan tweeting Sky asking ‘Is this the sort of guest you want?’ – but of course they neither expanded on the context or included the original tweet.   Twitter is turning us into a nation of dishonest little clypes.

Twitter can be a great tool – I’m amazed by the information you can get from it – however, the lack of controls (you can block or mute other users but you can’t remove their tweets even on your own timeline) means that it has become the social media sewer of choice for the deranged.

And the moral to this story?

Celtic fans have their own internet culture – you can’t imitate it without degrading yourself.