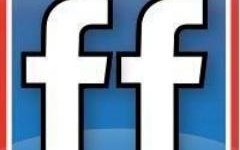 “Count your age by friends, not years. Count your life by smiles, not tears,” said John Lennon.

As a forty-something Rangers fan, I can’t count on many things these days – well, apart from the club being in a state of perma-crisis/upheaval/overhaul for what seems like a decade now.

Sure, there were titles, trophies and good times during Walter Smith’s second coming as manager, but the age of austerity was already well under way within Ibrox as Lloyds Bank had a nosey at Rangers owner David Murray’s credit card statements and wanted a quickie divorce.

What happened next? Well, it used to be a round on TV’s Question of Sport, when guests would come up with outlandish, preposterous conclusions to sporting bloopers to much laughter and merriment. What happened next at Rangers would have been too far-fetched for Phil Tufnell on wacky baccy.

Punted for a pound, dropped down, kicked around, the brothers grim appeared and were vanquished as the club was rescued by a King and Three Bears. It’s fairytale stuff – but where’s the happy ending?

Project Warburton got tied up in knots quicker than earphones in a pocket and was unplugged when results didn’t match his rhetoric … to be replaced by the first manager in 20 years I had to google to find out who he was. I had a sinking feeling when I emailed a former colleague in for some background on Pedro Caixinha and received the reply “Who?”

Fast forward 229 days, 14 wins out of 26 games, no Progres in Europe and a signing strategy like a game of Guess Who and Pedro was punted on October 26.

But it’s OK, there must be a plan. There was. Four days on, the better-late-than-never Director of Football Mark Allen was thrilled to unveil a brand new scouting team of five new recruits.

“BEHIND the scenes at Rangers, Director of Football Mark Allen has been hard at work creating a brand new scouting department to ensure the Light Blues recruit the best talent to return them to the top of Scottish football.

“Allen has deliberately kept a low profile since his appointment until such times as his new setup was finalised – and he has made a number of appointments to his new team to assist him in improving the club’s recruitment process.

Hold on. As Pedro was bringing in Dalcio from Benfica B team bench the Director of Football at Rangers Football Club was working hard/quietly/tirelessly recruiting people to recruit people to play for Rangers?

Confusing, right? Hire new scouts to bring in players to ‘return Rangers to the top of Scottish football’ without any input from a football manager who we have still to decide on sometime … soon … maybe.

Have a look at Barcelona’s football structure in link below.

Then think about Rangers’ football structure – the Director of Football, the Head of Academy, the Under-20s coach now interim first-team manager, the five new scouts, the four ex players ‘recruited’ back as Academy coaches this summer…

Barcelona are top of La Liga, Rangers are fourth in SPFL with no manager and sinking fast. It’s time to get real and stop living in a fantasy world.

Rangers need a proper football manager, not a head coach as the final piece in some ‘project’ puzzle.